Why do we love stories so much? Could it be because of that powerful space it creates where our personal experiences  connects with someone else? We love stories in The Hub and in today’s article, Dr Yewande Pearse shares her triumps and challenges enroute to the qualification called a PhD! Amara got to learn about Yewande through her campaign and was (and remains) inspired by her journey. Enjoy!

APH: Please can you share your academic and professional background?

YP: I completed my BSc in Human Sciences at King’s College London in 2006. I then returned to King’s in 2009 to complete a Masters in Neuroscience with a Distinction. After my Masters, I worked as a Research Assistant for two years before taking up a PhD studentship at the Institute of Psychiatry, Psychology and Neuroscience. I have just completed my PhD in Neuroscience, which aimed to explore the potential for gene therapy in multiple forms of Batten Disease, a childhood brain disorder.

Batten Disease is a group of inherited disorders that cause profound neurodegeneration and predominantly affect children. The symptoms are progressively debilitating and include blindness, seizures, intellectual decline and disability, dementia, loss of speech and motor impairment, with many children eventually becoming wheelchair-bound. Currently, there are no effective treatments available for any form of Batten Disease. My research is about finding innovative ways to treat this group of diseases with a focus on gene therapy.

So what is your PhD story? When did you realise that you wanted to undertake a PhD and how did you get into one? Why did you choose your topic?

END_OF_DOCUMENT_TOKEN_TO_BE_REPLACED 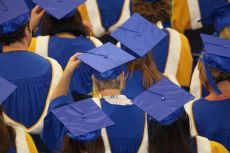 We do not often get to hear about the experiences and challenges of undergraduate students and new graduates. In #GraduateStories, we share the ‘behind the scenes’ stories of recent graduates and hoping their journeys and experiences are beneficial and to motivational to current students. In the first of  our #GraduateStories, Robert Sampays, recent  graduate (class of 2016) from the UWE Bristol, UK shares the motivations and journey to success. Enjoy reading!

Since a young age I have always been fascinated with products and the way they work, it was this inquisitiveness that stemmed my passion for design. I find inspiration in the work I produce knowing I have the chance to help people and make their lives easier. It was the notion of being able to make this a reality that made me study Product Design and is still the reason behind my work ethic today.

I was taught to draw by my aunt during family visits to her house in South Wales; being an artist she had both the patience and the skill to teach me various techniques that would later serve as one of my main attributes as a designer. I furthered my interests at school where I studied art alongside graphic design and resistant materials. Product design at A-Level allowed me to bring all 3 of these disciplines together, I was sold in an instant and made this one of my main subjects to study at college.

END_OF_DOCUMENT_TOKEN_TO_BE_REPLACED 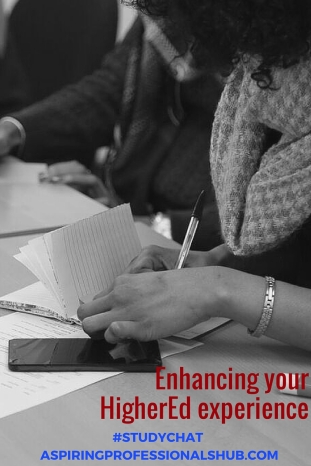 In today’s study chat, Amara shares her discussion with Cynthia Ochoga, the President Elect of the Student Union at the University of Salford. Cynthia shares from her perspective as an international student and offers advice on managing the opportunities and challenges within Higher Education to maximise your experience. Enjoy!

APH: Can you tell us about your educational and professional background?

CO: My educational pursuit began at Home Science Nursery and Primary School, Ikoyi Lagos. In 1998, I moved on to Queens’ College Lagos for my secondary school education.

In 2006, I attended the University of Lagos where I undertook a diploma in Cell Biology and Genetics. By second year it became apparent to me that science was not a field I wanted to pursue and then left Nigeria to Middlesex University (MDX) Mauritius campus in 2010 and studied Psychology and Counselling. In 2014, I went to Oxford Brookes University and did a conversion to Law degree (GDL) as my 2nd degree and in September 2015, I came to University of Salford for my MSc in Media Psychology and I’m half way through it at the moment.

I have worked in a number of different roles too. My first job was a three-month internship at Action Health Incorporated. In 2010, prior to moving to Mauritius, I followed my passion in journalism and worked as an intern at a radio station in Nigeria.

While studying at MDX, I was elected president of the International Students’ Society for Mauritius campus. I also joined AIESEC, an international youth development organization and rose to become Vice President of External Relations which I did simultaneously with my role as President. In the final year of my undergraduate degree, I worked for a month with the Mauritius Institute of Directors as part of a team that delivered an international conference.

After graduation, I went to Nigeria to participate in the NYSC programme. Since then, I have worked with BBC Media City as a research assistant for Mozfest 2015. I have also worked in a customer services role for Doddles Parcels in Manchester. I recently resigned to take some time out to prepare to take on my new role as the President of the Student Union at the University of Salford.

You started out your Higher Education journey in the Biological sciences, what spurred the switch to Psychology? Was it a smooth transition?

END_OF_DOCUMENT_TOKEN_TO_BE_REPLACED

As another cohort of final year undergraduates prepare for their last exams, the next question usually is ‘What next?’ Postgraduate degree? Job? The transition from student to employee can be something of a mystery therefore our focus during #MyCareerStory is to shed some light on different career paths – paths well trodden as well as the road less travelled. We will be inviting professionals from a variety of disciplines to share their stories. In today’s article we discuss with Abiola Owolabi about developing her career in Clinical Research.

APH: Can you tell us about your educational background and career progression to date?

AO: Following my GCSE and A levels in the sciences, I chose a Biological Sciences degree, because of the wide spectrum of subjects it offered – biotechnology, biochemistry, genetics, molecular biology and statistics.

I am a highly motivated and disciplined individual, who loves to be organised and solve problems.

I have worked for clinical research organisations, such as Chiltern, Quintiles, inVentiv Health Clinical, Richmond Pharmacology, Retroscreen Pharmacology as well as  pharmaceutical and biotechnology companies such as Bristol Myers Squibb, Glenmark, Allergan and currently Biogen.

How did a graduate in Biological Sciences get into the world of clinical research?

END_OF_DOCUMENT_TOKEN_TO_BE_REPLACED

Thinking about what next for your career or you are in the “i’m not sure”  what or where to go to next in your career? Well our transition reflections are back again! Our previous article showing a successful transition from a PhD to a role in industry spurred many of our readers on towards their search for their dream careers. In today’s article, new PhD candidate  in biomedical science, Ellena Elcocks shares her experience of transitioning from her degree to industry and back to the PhD.

As a failed medical school applicant out of college, I looked to the next necessary steps to get me into medical school via the graduate route. I chose biomedical science and it’s probably the most successful last minute decision I’ve made to date. In 2014 my first round of university ended and I proudly graduated with a 1st Class in Biomedical Science.

I spent the first 2 years of my BSc degree still on track to apply for graduate entry into medicine, and then my final year project began. I was smitten. Research was my jam.

Without meaning to be over zealous, I felt like what I was doing had meaning. My research project was focused at how bacteria in probiotics survive and how it applies in the real world. I was hooked! I started applying for PhDs and before graduating I had secured 3 interviews. Lacking the experience needed, I was unsuccessful with them all and I felt deflated. I went back to the drawing board and started applying to any and all jobs that would keep me connected to research.