Editor’s note – An important aspect of our mission to ‘equip and empower successful professionals’ is raising awareness of different issues that arise in the world of work. Diversity and inclusivity are increasingly being discussed in different parts of the world across different career disciplines. Many agree that more work is needed to improve representation and ensure our workplaces look more like what we see in the world outside work. As an aspiring professional, awareness of these issues is crucial. In this article, Emmanuel describes the ‘nuts and bolts’ of inclusion and diversity and why more work is needed in this area.

It is hard not to notice the topic of race and gender in the workplace taking centre stage due to recent political  decisions in Europe, the UK and of course the US.  The impact of  politics has and continues to affect the professional and work environment. For example, the uncertainty around #Brexit and job mobility between the EU and the UK, #Charlottesville and the after-effects  etc.

What might have gone unnoticed, was that last week was #NationalInclusionWeek in the UK. This is an annual campaign to raise awareness of the importance of inclusion in the workplace and the benefits of an inclusive and diverse workforce to business growth.

What is #Inclusivity and why is this important?

“Inclusion” in itself as a term is self-explanatory and is “about making sure that people feel valued, respected, listened to and able to challenge. It is about recognising and valuing the differences we each bring to the workplace and creating an environment where everyone has equal access to opportunities and resources and can contribute to the organisations success.”

END_OF_DOCUMENT_TOKEN_TO_BE_REPLACED

It’s near spring and this year has been busy so far but we are very pleased to be back with our readers. In this article, Christelle Pellecuer, expert make-up artist with tremendous experience and high many high profile clients and events across the UK shares her experience as a make-up artist and lessons she learnt along the way

Did you know? –  In 2015 alone, the beauty industry generated $56.2 billion in the United States, with hair and skincare growing very fast and projected to generate revenues of near $11 billion by 2018.

Christelle was born in Madagascar, raised in South of France and now lives in the UK. Christelle has been working as a makeup artist specialised in the fashion and editorial since 2010. Christelle has worked on many different aspects of the fashion industry including music videos, TV shows, magazine shoots, product launch and fashion shows. Her work has been published in several magazines for example The Resident, a South West London magazine.

END_OF_DOCUMENT_TOKEN_TO_BE_REPLACED 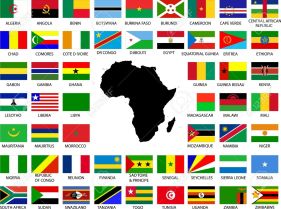 Recently the APH met up with two vibrant individuals Brian and Belinda, recent graduates from a higher education institution in the UK. They are both passionate about supporting issues around global health and about Africa. In their two part opinion piece, they share their experiences as African students  as well as of interning in Africa (Part II). Enjoy reading and do share your opinions in the comments section.

Many Africans can only “dream” of the opportunity to pursue  quality training overseas at  Ivy league and Russel Group Universities of this world. Institutions to which the local education system that has nurtured our knowledge and skills through years of learning, contribute to the almost blind belief that there is no better source for top quality education and I dare say, developed intellect. It doesn’t help that our African education systems have hardly changed for decades, left behind by colonial masters whose teachings of everything from the alphabet to our understanding of African borders in geography and scientific discoveries of Alexander Fleming we still cling to. An archaic system that still equates learning with memory and teaches the partition of Africa, the prairies of Canada, and for some of us, a grid by grid map of New York City.

END_OF_DOCUMENT_TOKEN_TO_BE_REPLACED 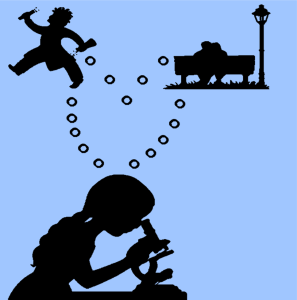 In the past week there has been an outcry about the place of women in science following the comments by Nobel Prize winner, Professor Tim Hunt suggesting the need for sexually segregated labs as women in labs are a distraction because they ‘fall in love’ and ‘cry’ when their work is criticised. His comments raised furore, with both men and women – in science and other disciplines.Sadly, this is not the first denigrative assertion to be made about female professionals, particularly within Science, Technology, Engineering and Mathematics. Sadder still, it probably will not be the last.

A friend of ours – a non-scientist – heard about these comments and posted articles on Facebook about the legendary late Marie Curie (1867-1934), the first woman to win a Nobel prize and the only woman to have won it twice. She was famous for her work on radioactivity and in 2009 was  voted the most inspirational woman in science. We now have Marie Curie research fellowships which have provided both men and women excellent opportunities to carry out research that have contributed to the development of the science. Aside from Marie Curie,  there have been many other female scientists who have made outstanding contributions to their fields such as Mary Somerville, Dorothy Hodgkin, Rosalind Franklin, Alice Roberts and Maggie Aderin-Pocock.

Amidst the furore which engulfed the science pages of many newspapers and editorials in the last week, there is a lighter yet important point to consider in this conversation.  Many people do meet their spouses or partners at their places of study or work – this is not unique to the sciences. Does it really matter? We know a lot of ‘research couples’, when you spend so much time in the lab or in a work environment, you can get to know your colleagues on a much more intimate level. As long as you remain professional, ‘falling in love’ does not need be a bad thing.  Thus, the suggestion that it is a distraction is really far from the truth. `Falling in love’ in the laboratory environment is not a distraction but rather should be seen as a blessing in disguise as many scientists would not have a hope in Pluto to find partners and spouses because of the demands of the research or science. Perhaps we need to celebrate science unions widely so that it is accepted! Perhaps!!

As for the comments on crying!!!  The thought of the alternative to crying makes crying possibly a much milder reaction to criticism. Until you learn to deal with it, most of us – male and female alike – do not respond well to criticism. In all disciplines, criticism abounds but we must use it as a tool for growth. There have been scientists, men included, who have resorted to far worse actions following criticisms of their publications, retractions of their publications or failure to get certain grants. For anyone who keeps up with the ‘going ons’ in their field, you will be very conversant with these. Should we now applaud violent reactions or in some cases suicidal tendencies following criticism because crying is for want of a better word, intolerable?

At least they cry, come back and try again to succeed which is the basis of research. Who knows! The Marie Curie’s, Rosalind Franklin’s and Sally Davies’s of this world shed a tear or many in the early days of their scientific journeys to the point where they achieved global status but do we remember them for ‘falling in love in the lab’ or ‘crying’? Of course not, thus, the comments should be given the response it deserves, NOTHING!! Whilst we generally lambast the comments alluded to Prof Hunt let’s silently applaud him for saying what he thinks in the open for us all to tackle a much bigger problem of stereotyping and marginalisation of women in the scientific and technical careers.

Women have immensely contributed to science and in my opinion, whilst every scientist is not a woman, every woman is a scientist after all women perceive, experience, plan, execute, and manage biological change better than any male scientist. (Open for debate!!).

In future posts we will address the real world issues surrounding gender, race and disability in different career disciplines.

Disclaimer – If after reading this you find yourself falling in love with someone in your lab or feeling the rightful need to cry when your work faces criticism, please do not hold us responsible, but come back and share your wonderful stories.